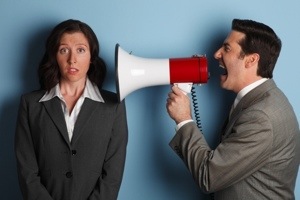 What's in the news? Work and career tips and advice Joycellyn Akuffo
ShareTwitterFacebookE-mail

One in four mums who have returned to work believe they have been subjected to discrimination, either before or after the birth of their child, according to research by employment law specialists Slater & Gordon.

Researchers found 51% of mums feel their employers’ and colleagues’ attitude towards them changed when they fell pregnant. And just as worryingly, two-thirds of mums said things have been ‘difficult’ for them since they returned to work following their maternity leave.

Being overlooked for promotion and being forced to watch more junior employees move faster up the career ladder were common complaints of the 2,000 mums who were surveyed. And many women said that they felt their views weren’t considered as important as their colleagues who had no children, and that they often felt ‘left out’.

Worryingly, nearly half of working mums felt having children halted their career progression, while a third described rising up the career ladder as a mum ‘impossible’.

It doesn’t get much better – four in 10 mums said that they don’t feel they have the support of their bosses.

Kiran Daurka, lawyer at Slater & Gordon said: “Despite the equality legislation in place, attitudes and working practices continue to block women in achieving their career aspirations in the UK.

“This report shows that there are still negative perceptions of women with children and this kind of attitude is short-sighted and bad for business.

“Anecdotally, we hear of mothers complaining about being put on a ‘mummy track’ when back at work, and this research illustrates that this is a real experience for many women.

“I find it quite dispiriting to hear that more than a fifth of mums feel that they need to prove themselves to their bosses following their return from having baby.”

If you feel discriminated against at work, there are steps you can take to mitigate this. Don’t suffer in silence. Watch the video below on how to deal with workplace discrimination: