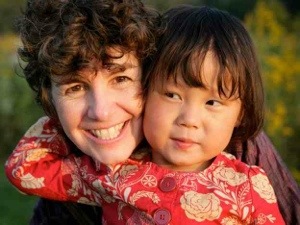 Did you know that 20% of the UK’s population believe that gay and lesbian couples are not allowed to foster or adopt children?

There are also other potentially damaging prejudices out there that imply that children are negatively affected by being placed with an LGBT couple.

These prejudices and misconceptions are mostly caused by myths about gay people and the fostering system that need to be addressed and debunked.

There is still a lot to be done to counteract outdated stereotypes, assumptions and prejudices that put LGBT couples and singles off fostering. With over 65,000 vulnerable children in care across the UK, this needs to happen as quickly as possible.
Even though same-sex couples have been granted the right to foster and adopt since 2005, uptake has been disproportionately low.
This article aims to address some of the myths and prejudices that stop people applying to foster children.
These myths and assumptions are as follows:

1. Same-sex couples can’t foster or will be discriminated against in their application
Being gay or straight will have no effect on your application to foster. If you have a spare room and the time and flexibility to offer a vulnerable child a loving and stable home then your sexuality is irrelevant.

Unfortunately as it has been mentioned above, the myth that gay and lesbian people can’t foster or adopt is believed by an incredible 20% of the UK’s population. That’s around 18 million people that think LGBT people cannot foster.

This is something that charities like Stonewall and New Family Social are working hard to counteract.

2. Foster children will suffer from having same-sex foster parents
Sexuality has no bearing on the ability of someone to love and care for a child. In fact, a recent survey carried out by New Family Social found that 72% of the social workers they interviewed thought that LGBT couples brought a large “amount of energy and enthusiasm” to the table which the social workers saw as a “significant strength”.

There is still a prevailing attitude out there that children will somehow be “influenced” by the sexuality of their parents. There are many differing views on whether sexuality is innate or influenced by external factors but numerous studies have shown that children fostered by gay carers are not negatively influenced by their experience.
A US study conducted by Devon Brooks and Sheryl Goldberg in 2001 found that, while participants believed there was a prejudice again LGBT adoption, there was no empirical evidence to suggest that children fostered or adopted by gay parents were affected negatively in any way. They said that “Efforts by gay men and lesbians to become adoptive and foster parents should be explicitly supported in both policy and practice”.

3. It is wrong for a gay couple to foster because a heterosexual couple will then be denied that child
There is no shortage of children needing foster carers.Team Fostering, a non-profit fostering agency based in the north-east says: “This is a common myth. Actually, there are far more children in the care system than there are foster parents to look after them. Over 8,000 foster families need to be found to meet growing demand in the UK”.

As stated above, there are over 65,000 vulnerable children in care at the moment and they are in need of a stable home and loving carers; regardless of the sexuality of those carers.

LGBT Adoption & Fostering Week is from 4-10th March this year and the organisers will once more work hard to counteract the stereotypes that are still out there.

Top 10 things couples hate about each other