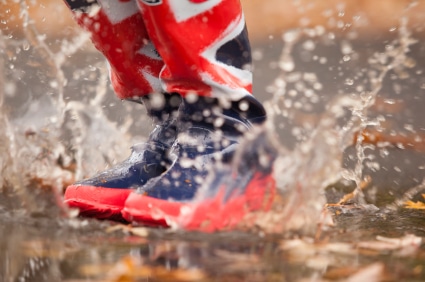 It’s not uncommon that parents and grandparents bemoan the generational change in activities. These days, many children spend endless on gadgets of some sort and they just don’t have the same experiences of yesteryear.

Our childhoods, and that of our parents, may well have included building sandcastles at the beach, having family picnics, or going for a bike ride. Compare that to today’s children and less than half have built sandcastles at the beach, 53 per cent haven’t had a picnic outside of their own back garden and just 44 per cent go on bike rides with their family. All of these activities are, of course, free.

Researchers of the study fear that a whole range of traditional outdoor activities could soon become a thing of the past, as children spend their spare time playing computer games, watching TV or just hanging out with friends instead.

It”s little wonder that conquering childhood obesity high on the agenda, as it’s emerged that the average child spends less than five hours a week playing outside – almost half the 11 hours a week their parents did.

David Hardy, spokesperson for the Eco Attractions Group, which commissioned the research, said: “For many people, these activities made up a huge chunk of our childhood, and left us with the memories and experience of our natural world to go with it.

“But today’s children seem to be struggling to experience a large number of them for themselves.

“Nowadays, children have much more to keep them amused – computers, a host of TV channels and smart phones – something older generations didn’t have.

“As a result, youngsters are missing out on getting dirty in the mud and puddles or simply spending time in the fresh air.

“These traditional activities can be a great way of encouraging children to spend more time outdoors, get more exercise and create more memories than they will get from simply sitting in front of a computer or TV screen.”

Thanks to the lack of snow in some parts of the country less than six in 10 children have ever built a snowman, while 47 per cent have never had a snowball fight.

They hate the outdoors, we’re terrified

But while more than three quarters of parents would like their offspring to spend more time outside than they currently do, one in ten say their children just don’t enjoy spending time in the great outdoors. Given the choice, just 28 per cent of parents say that their children would choose to play outside.

A quarter of parents say their youngsters would rather stay at home playing computer games or watching TV with friends, with another 13 per cent choosing to watch TV or play on their computer alone.

As a result, two thirds of parents worry about whether their children are experiencing enough of the traditional childhood activities, but eight in ten admit they probably need to make more effort, or find more time, to play with their children outdoors. This might also be due to 48 per cent worrying about the safety of their children if they let them play outdoors.

Some activities to try

So going back a generation or two, here are the top 30 childhood activities children of our era:

1. Splashin in puddles and got wet
2. Building a snowman
3. Walking through squelchy mud
4. Playing in a forest/woodland
5. Having a snowball fight
6. Playing in a local park or playing field
7. Building a sandcastle
8. Having a picnic somewhere other than your own garden
9. Taking on bike rides
10. Playing in the rain
11. Planting your own seeds
12. Climbing a tree
13. Paddling in the sea/stream/river
14. Skimming stones across a river/lake
15. Going plant/animal spotting
16. Searching for bugs and insects
17. Helping to grow fruit and vegetables
18. Flying a kite
19. Making a daisy chain
20. Looking for birds
21. Knocking conkers off a tree
22. Going blackberry picking
23. Having a conker fight
24. Camping outside
25. Pond dipping
26. Playing ‘pooh sticks’
27. Hunting for animals in rock pools
28. Building a den from sticks and branches
29. Going crabbing
30. Finding frogspawn

What was your favourite?

What’s your most valuable possession?

Free your family from secondhand smoke

Children & RelationshipsThings to do with the kids