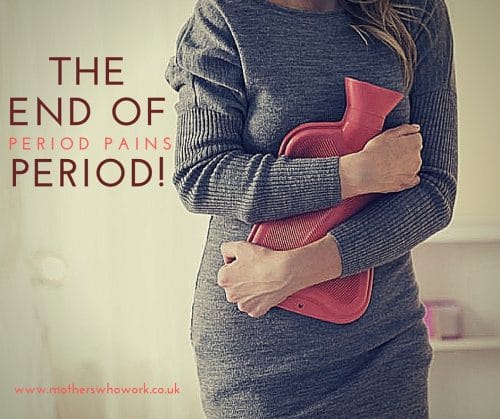 “We don’t talk enough about menstruation. In fact, we don’t speak about it at all. When we do, it’s nearly always preceded with “Sorry: TMI, I know,”says Abby Norman, a freelance artist. Abby’s right.

People are always happier to talk about a woman’s birthing plans. It seems that a woman’s womb is always up for discussion if it involves putting a baby in. Why is something like that not off limits, yet no one wants to discuss periods?

While men wait, on average, 48 minutes before seeking treatment for abdominal pain, women wait 66 minutes for the same symptoms. Researchers believe this is because females are viewed as exaggerating pain and being “dramatic” due to sexist stereotypes.

The word “hysterical” arises from hystericus, meaning “of the womb”; forever linking how society has connected wombs with overreaction and weakness.

Period pain has historically been restricted to whispered conversations between mothers, daughters, sisters and women friends.

Although menstruation may no longer be the taboo that it once was, it is still not considered respectable enough to warrant serious scientific thought.

Women will suffer because of this – every month – until it is.

Dysmenorrhea is the clinical term for the cramps that occur immediately before or during the menstrual period. There are two forms,: primary and secondary.

Primary dysmenorrhea is another word for natural menstrual pains which first occur one to two years after a woman has her first period. Pain usually appearing in the abdomen or back, can be moderate to severe. Often the pain becomes less severe as a woman ages and often ends totally after having the first child.

Secondary dysmenorrhea is produced by a dysfunction in the woman’s creative system. These cramps typically begin sooner in the cycle and last longer than primary dysmenorrhea.

Menstrual cramps are created by uterus contractions. The uterus compresses during a woman’s menstrual cycle. If the uterus decreases considerably, it may push against blood vessels; cutting the oxygen supply. Pain happens when the uterus loses its oxygen supply.

Mild menstrual cramps can be relieved by taking aspirin or a different pain reliever such as Tylenol or Motrin. A heating pad, located on the lower back, also may give some relief.

To relieve menstrual cramps, be sure to:

Here are more ways to ease the pain without leaving home:

“Period pain is as severe as a heart attack,” says John Guillebaud, professor of reproductive health at University College London.

“Men don’t get it. Period pain doesn’t get the focus it should. I believe it’s something we should take care of; like everything else in health care.”

It is shocking how infrequently the medical field gets involved with menstruation. While recent years have witnessed period taboos vaporised through social media, it still has not permeated medical discussions: periods are rarely presented with earnest medical attention.

It’s not just women’s period pain which is taken lightly; ignoring women’s pain is a problem throughout health care. Research  has revealed that female’s pain is not taken as thoughtfully by physicians in general.

If menstrual cramps are severe, or last for more than three days, be sure to contact your physician. Menstrual cramps can be treated; it is important to get checked out.