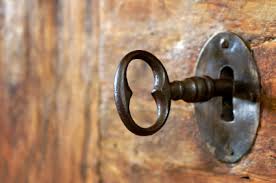 Is it your favourite childhood toy, or irreplaceable photos of the kids? If it’s the later then you’re not on your own because  family albums have been revealed as the nation’s most treasured possession, according to a recent poll.

Sentimental Brits considered photos of their families and late relatives to be their most valuable treasures, alongside other priceless possessions such as childhood teddy bears and books, according to the research by Lloyds Bank Insurance.

More than two thirds (69%) of those polled said these belongings were worth just as much as those with financial value. More than one in 10 estimated Brits estimated that their most treasured belongings are worth £5,000, with jewellery, smartphones, laptops and TVs among their 10 most valuable items.

The research found that despite a quarter of us losing treasured possessions, we still leave our homes uninsured.

Lloyds Bank Home Insurance is urging households to help protect both their financially valuable and ‘priceless’ belongings by considering digitally backing up photos and videos that could be lost forever if the devices on which they are stored are lost, damaged or stolen. Tim Downes, senior claims manager, Lloyds Bank Home Insurance, said: “Our homes are a trove of our own personal treasure, much of which is of more sentimental than monetary value.

“While having adequate insurance in place will protect the financial investment we make in our belongings, there are ways in which we can help protect our irretrievable possessions such as photographs by backing up data.

“Even scanning old hard copy photographs and saving them digitally with adequate back up can ensure that if they are misplaced, damaged or stolen, they are not lost forever.”

We’ve all got something that we couldn’t bear to be without. What’s yours?  The top 10 most possessions that Brits treasure the most are:

Family lifeThings to do with the kids