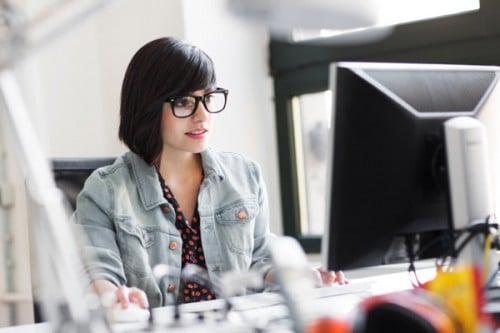 Wifi as a concept has been with us for quite a while now, but like all things digital, the technology moves forward at a breakneck pace. Speeds have gone up with every new release, from 54Mbps in 1999 to upwards of 433Mbps for users on the latest laptops.

With over half the world now connected to the Internet in some form or another, wifi has become the norm rather than the exception everywhere we go, from hotels to shops, university campuses to offices. You buy a coffee, you log in to the cafe’s connection to check your email or idly browse the web. You visit a client’s office for a meeting and forget a file? You log in and retrieve it from the Cloud. You’re on holiday and don’t want expensive roaming charges? You use your hotel wifi to set up maps for the day, book tickets, check opening times, and pick up wifi in a multitude of other places throughout your day.

This advanced level of connectivity, that 20 years ago most of us outside the industry would never have believed a possibility, is now not only a reality, it is improving every year. The majority of people, whether they’re at home or at work, will always prefer to use wifi than to plug in. You can adjust the music or heating in your apartment, order a meal and a new pair of jeans, and watch a movie, on the same mobile device with a couple of clicks whether you’re in the bath, in the garden or on the beach.

The next leap is naturally into transport. “The car is the ultimate mobile device, isn’t it?” said an Apple vice-president earlier this year. We’re already seeing how brands are introducing high-end technology into their products. Wireless camera monitor systems from companies such as www.brigade-electronics.com allow drivers of heavy or large vehicles to see what’s behind them on a screen without the need for excess cabling or long installations.

Motorists can ensure the battery on their electric car isn’t running low by checking an app on their phone while still in the office, or learn where their car is if they’ve lost it in a multi-storey car park, and within the very near future wifi is likely to be massively expanded across airlines, so you can work, stream movies or check email thousands of feet in the air.

Many cars now have their own wireless LANs built-in. They cost more, in some cases substantially more, but if your budget stretches that far, the potential benefits are significant. It’s not just about being able to play music from your smartphone over the stereo without need for a cable, using an app to find a nearby parking space, or summon roadside assistance without actually having to press a single button.

Major tech companies including Apple and Google are now working hard on driverless technology, planning to bring to market cars that won’t just do the driving for you, but will also communicate seamlessly with other vehicles on the road to adjust speed for safety, and change routes to avoid traffic or accidents. On a similar subject, haulage companies can install wireless cameras for their vehicles to provide proof when making insurance claims, protect drivers and cut costs.

Naturally, with greater connectivity, there are inherent risks. Stories of significant hacks on company data are rarely out of the news for long, and cars face the same threat. Researchers recently managed to take control of a Jeep Cherokee remotely, and the great fear is that it will be possible for thieves to one day start a car and drive it away from your home without your knowledge, all the time being based some distance away.

This is a fact that hasn’t escaped car companies or tech experts, and millions of lines of code are no doubt checked and double-checked before any new model hits the market. The next car you buy may be the most sophisticated piece of technology you ever own.

Thinking of working from home? Four things you should consider

Do you mean business? Why haven’t you got a business mentor?

A mixWork and career tips and advice