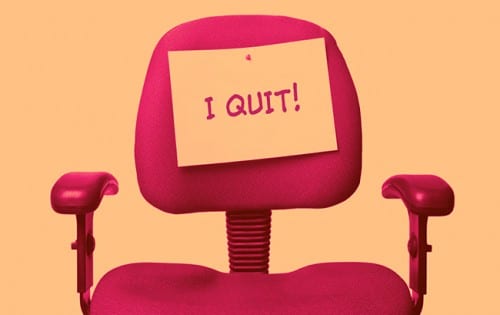 Is it ever too late to change your career? Well, only if you say so. The term ‘mature student’ was coined for a reason – to give anyone who decided (in adult life) that they wanted to change careers to have the opportunity to do just that.

If you think about the fact that we are living a lot longer these days, deciding to retrain in your forties, fifties (or later) means you can enjoy several decades of life doing what you enjoy – and why not?

We read a story about a woman in America who ditched a $95,000 job in New York City (that’s around £60,000) and moved to an island in the Caribbean to sell ice cream. She didn’t have a mundane job – she worked for Cosmopolitan. If you work in the media, you’ll understand how much people dream of woking for a magazine at that level. But once she felt “drained” by having constant technology around her, she threw in the towel and left it all behind.

No – she wasn’t a mother at the time. But that doesn’t mean she didn’t have any bills, or family and friends she would miss when she left. Having children shouldn’t be the excuse you give yourself to stay in a job or an industry you hate; they should be the reason. If you tell your children that they can become anything they want to if they work hard for it but you’re living the exact opposite (and they see how stressed and unhappy in your job), your misery could have more impact than you think!

If you’re itching for a career change, you really should read our article How to Relaunch your Career the Right Way and Take your Job and Shove It!.

Two simple steps to help you achieve your goals this year

How a Virtual Office Can Improve Business Profitability

Business trip? How to stay in touch with your family while you work away