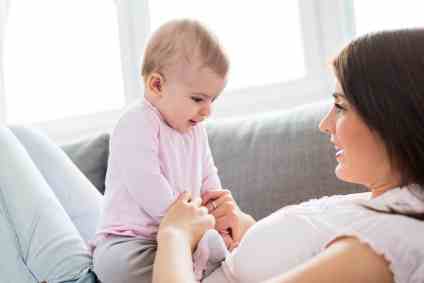 Health news and tips for the family Joycellyn Akuffo
ShareTwitterFacebookE-mail

A very popular procedure that many women choose to undertake is a breast augmentation, with thousands of women opting to go under the knife each year.

Despite common belief, it is possible to breast feed after having breast enlargement surgery. The two main types of breast implants are silicone gel and saline and neither of these interfere with breast-feeding. Independently of the type of implants a woman chooses to go for, the surgery should have no impact on her ability to produce milk as the implants are separate from the nipple ducts. This means that a woman should be able to breast feed after having a boob job – though for some types of breast augmentation this is not guaranteed.

When a woman decides to have a boob job she will be given three incision options to choose from. The inframammary crease incision is made under the breast whilst the axillary crease (also known as transaxillary) incision is made in the armpit. The third type of incision is the periareolar which is made around the nipple.

The axillary crease and the inframammary crease are the most likely types of incisions that will not affect a woman’s ability to breast feed. This is because the axillary crease is positioned quite far from the breast and therefore is less likely to affect the milk ducts. Similarly, the inframammary crease incision means that the implants are placed below the chest muscle, making it much less likely to disrupt the milk ducts.

Inframammary crease incisions are proven to be both safe and simple, disguising the surgery scar in the natural crease of the breast which means it is much less noticeable. The axillary crease leaves no scars on the breasts themselves as the incision is made in the armpit.

Perhaps the most likely to cause trouble with regards to breast feeding is periareolar incisions, also known as the ‘smile incisions’ as they are likely to affect the mechanisms which deliver milk to the nipple. This decreases a patient’s ability to breast feed after the surgery despite the cosmetic advantage of the periareolar leaving less of a scar.

Breast enlargement procedures are always tailored to suit the patient’s individual body and needs. It is very important that if you are considering opting for breast augmentation surgery that you use a reputable surgeon and participate in a thorough consultation to put your worries and mind at rest.

Pregnant at between 28-38 weeks pregnant? Get the whooping cough jab now

A mixFamily lifeHealth news and tips for the family

Summer nights making you feel restless? Adding a few ingredients to your dinner can make all the difference