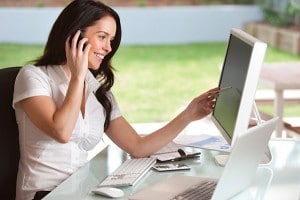 A new study of 2,000 working women has revealed that six out of 10 think their careers are ‘derailed;’ citing that they face open discrimination after becoming pregnant, while less experienced colleagues have been promoted ahead of them.

The research was commissioned by law firm Slater & Gordon, which represents hundreds of women fighting maternity discrimination across the country each year.

Millions of new mums believe that they are denied work opportunities and are forced to prove themselves after returning to work:

• 66% felt their boss had a negative perception of working mothers

• 45% of women found themselves offered less senior roles or opportunities

• 8% were demoted on their return from maternity leave

• 75% said that they felt there was a perception that mums wouldn’t be ambitious, with their bosses thinking that they were not as capable after having children government to research prejudices against working mothers

Discrimination against new mothers remains despite greater rights at work such as: an extension of statutory maternity leave and pay; the right to request flexible working; and paid time off for medical appointments. There have been more than 9,000 pregnancy discrimination claims brought against British employers since 2007.

In response to mounting concerns over the prejudices which persist, the government has given a £1m grant to the Equality and Human Rights Commission to research the full extent of the problem and its impact on society. However, the Government needs to do more to combat maternity discrimination, particularly in placing a duty on employers to accommodate women returning to work after maternity leave.

A further survey of 500 employers by Slater & Gordon revealed that nearly half of bosses would not be willing to hire a mother for a senior role, whilst 38 per cent admitted to being reluctant to hire mothers for any position. They cited concerns that women would not be as committed, would be unwilling to stay late and would want more time off.

Many are expressing concerns about job availability as well as the attitude of their boss and/or their colleagues. Employers can help them settle back in more quickly and confidently by providing the support of a mentor, which will improve the retention rate of these valuable employees.

70% of Fortune 500 companies already have a mentoring programme in place, now regularly instructing mentoring consultancy firms to specifically help in supporting women returning to work. By establishing a broad strategy and identifying cost-effective elements, they can make the strategy work by developing loyal and talented women into senior roles.