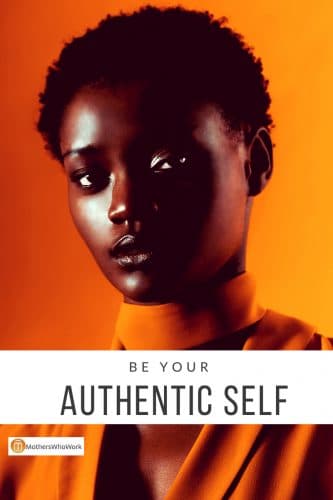 Staying Sane Joycellyn Akuffo
ShareTwitterFacebookE-mail
Do you feel like you need to put up a front because you feel (or know) that people just won’t accept your authentic self? This is something that hardly ever gets spoken about. We are exposed to so many images of how we should be and act, how we should look and dress, what we should like and buy…what about what we want to do?
Being authentic to yourself is to embrace who you are and exude confidence. But, sometimes, it’s not as easy as that – if you lack self confidence, you might become guarded in certain social circles, or in you workplace because you don’t know if you’ll be accepted.
So, how do you cope if the reality is that people don’t like your authentic self? It depends…
Your appearance
If it’s the way you were born, no one has the right to make you feel bad about it. I’m a young black woman (depending on who I’m talking to!) who has the right to embrace my hair, for example. But in my previous life working in the media, there was a particular way I would wear my hair because when I embraced my culture, the attention it got was far too overwhelming. Anything from the comments of intrigue to actually touching my hair (why do people do that?) just made it awkward. So a bun, ponytail or any hairstyle that allowed my hair to be worn as such were the first go-to hairstyles. I can’t explain how much freedom I felt when I became self employed and knew that I could thump anyone who put their grubby hands in my hair without facing a disciplinary at work. Okay, that’s a bit extreme, but you get the point.
I know a lot of black women who feel that they need to wear their hair in European hairstyles to conform to the corporate grind. But, we were born with this hair…it’s ridiculous.
Your personality
So you are happy-go-lucky all day everyday. Good for you! Should you lie to the world and lie about how rubbish you think your life is, just so you can get a coffee invite from your work colleagues? Hell no! I’m an advocate of being authentic.
So, you’re a Christian (who doesn’t try to convert everyone to Jesus at every single opportunity at work, but the way!). Is it acceptable to feel as if you can’t mention God unless it’s for his sake (see what I did there?) because you’ll be labelled as a bible basher? I was in that position in a previous workplace. I’d come a long way in my faith and made a comment to a colleague about not being worried about how someone else decides to see me because they aren’t God. The result? She decided to play a prank about it and send me a raft of emails  asking me to prove that the bible isn’t just a fable. At the time, I thought I was dealing with someone who had genuine questions and even contacted my pastor at church, so I would give a very good answer to support her curiosity. I didn’t realise that she was just having a laugh at my expense. Would she have done that to a Buddhist or Hindu? I don’t think so. So, why did she feel she could do that to me because I was a Christian?
Do you have an attitude problem?
This is not a trick question. We all have moments when we could have reigned in our behaviour or response. But, if your life revolves around constant arguments with people, feeling like you’re on the battlefield at every turn of your day, is it really everyone else or do you need to take a step back and think about your own attitude? We won’t mince words here deep down, you’ll know if your attitude, well, stinks sometimes. Recognition is the first step towards making a change, so well done for being honest with yourself.
A bad attitude is probably the only exception to being authentic that we can’t expect everyone else around us to  accept.  Speak to your closest friends and family and ask them for their honest opinion about your attitude, and if there is room for improvement anywhere. Then start making small steps to changing it. Like, writing that insulting email in your notepad (to get it out of your system), then trashing it. Like, asking to call a colleague back when you know you’re about to flip your lid.
You want to be the best authentic you, after all, so do the right thing.

Tags: be your authentic self, be your real self, confidence, confidence in the workplace, how to be comfortable in your won skin
Share:

Staying SaneWhat's in the news?

How to stop period  pain. Period.

Are You Truly Lazy or is Your Willpower to Blame?