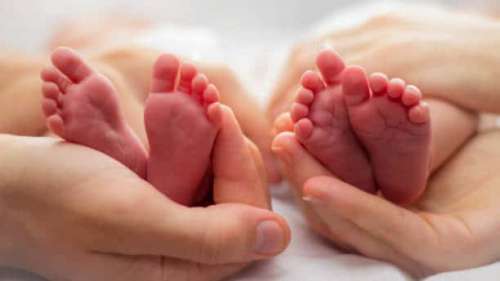 Most mums and dads don’t begin their path to parenthood expecting to have twins. In the UK, however, Baby Centre reports that multiple births have increased in the last 30 years. These days, 1% of pregnancies for couples that conceive naturally turn out to be twins, “while 24% of births as a result of IVF treatment result in either twins or triplets.”

While the challenge of bringing up children is undoubtedly amplified when parents have twins, it can be truly life-changing. Read on to understand some of the things parents have to deal with when they have twins.

It’s twice as beautiful when you get the opportunity to raise two children at once. Though it’s probably not a path that many would choose, parenthood adds incredible meaning and depth to one’s life. As a mum, you’ll also get twice the number of hugs and kisses from your two little babies, not to mention that you can dress them up in matching outfits.

Twins, especially identical ones, tend to have similar likes and mannerisms and even finish each other’s sentences. However, Live Science explains that their unique connection is not psychic but rather, more psychological. Twins share very close quarters and are brought up side by side. They develop many similarities as a direct result, down to the way that they think and act. Regardless of the explanation, it’s still a special connection to witness, as they can grow to be best friends. Knowing that they’ll never be alone in this world is a very nice though.

You know how parents always wish they could relive their baby’s firsts? That’s certainly the case with twins! You’ll have two of every milestone; from the first time your babies laugh, crawl, walk, and talk, all the way until their graduation, first jobs, and other life achievements.

Getting to understand their individuality

Though twins bear a lot of resemblance to each other, they’re still not the same person. It will be an exciting time finding out their own individual quirks and how they grow up as two very different people.

When you have two little humans relying on you at once, it can sometimes mean they create a bigger mess. It goes without saying that it can be extremely challenging. What works for most parents is getting twins on the same schedule so mums can still set aside time for themselves. We have shared a few helpful tips for self-care here on Mothers Who Work, and it bears repeating that you’ll be more capable of caring for your family if you look after yourself and make sure that you get enough rest – as hard as that may sound.

Travelling, even a short distance, can be a lot more challenging with twins. First off, you need to pack more strategically, putting two sets of everything in your bag. If you’re travelling via public transport, you will need a pushchair that can be folded up or easy to lift up onto a bus or train. It’s also essential that it can be moved about with ease. iCandy highlights that tandem pushchairs are easy to control and move about because they are only as wide as single ones. This design feature allows them to be used with relative ease in narrow or crowded places such as on public transport. The key is to look for products that are portable, lightweight, multi-purpose and can make your life much easier on your travels.

While it might not come from you, comparing twins is almost inevitable, since they’re so alike in many ways. This might create some unhealthy competition between the two children, especially in school. The BBC talked to some parents who had to choose between keeping their twins together or separate them in classes. Although they had come to different decisions, the mums all noted that it’s essential that their twins to explore different interests, groups of friends, and become independent from each other. This encourages people to see them separately and prevents comparisons from being made. What you can do at home is to ensure that you’re also treating them as individuals, instead of as a set of twins. Resist the urge to compare them, as this is crucial for developing their self-confidence.

Travelling this summer? Holiday tips for mums to stay sane