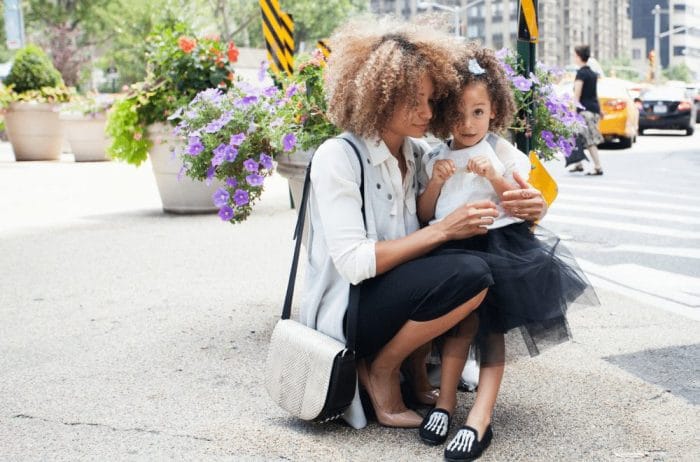 Making a decision about if, when and how to return to work after having a baby is one fraught with complexity and is utterly personal. It is certainly a topic that lots of people feel strongly about, but each family has to make its own decision about what is right for them, and there is lots to consider. Suzanne Todd, head of family law at Withers Worldwide (and a working mum herself!), provides a comment piece on the stories behind recent stats on the number of working mums.

I wasn’t particularly surprised that the IFS report on women’s employment in the UK (published recently) found that significantly more mothers are employed now than were in 1975, but I was really interested to read that increases in maternal employment have been largest among the partners of higher-earning men. It shows that finances are not necessarily a determinative factor in the decision making.

It does not take much reading around in Mumsnet to discover the myriad of reasons why women decide to return to work: security, independence, fulfilment and a sense of identity feature pretty highly. Returning to work is often about more than earning an income. Which is fortunate given the findings of another IFS report published earlier this year on the gender pay gap: ‘ The arrival of children accounts for this gradual widening of the gender wage gap with age’. In fact in the report they plotted the wage gap not by age, but by time to or since the birth of the first child in a family.

One of the factors that most people wouldn’t consider when deciding whether or not to return to work, is the potential implications in the unfortunate event of a divorce. But it is relevant.

One of the factors that the court will consider when determining what is fair on divorce, is your and your husband’s respective income and earning capacity.

Despite the significant societal changes over the last 40 years set out in the IFS report (for example the proportion of couples with children where only one adult works has almost halved: 47% in 1975 to 27% in 2015), the divorce law has not significantly changed in that time. Fortunately, however, family judges have a wide discretion when implementing the law and so are able to devise solutions that are fitting for today’s modern families. The family court is clear that where both parties had made a full contribution to the marriage they are entitled to an equal share of the assets accumulated during the marriage; the contribution as homemaker is as valid as the contribution of breadwinner.

Courts often have to consider the impact that marital decisions have on the family’s income and the parties’ earning capacity, in both the long and the short term. For example, in the case of Murphy where a mother had not worked since her 3 year old twins were born, Mr Justice Holman said ‘the having of children changes everything’. He was clear: ‘The economic impact on this wife is likely to endure not only until they leave school but, indeed, for the rest of her life.’ Whilst the mother was expected to make a financial contribution and maximise her earning capacity (particularly as this was a short marriage and she was relatively young), the court did not overlook the fact that marital decisions will have longer term impact for her than for her husband. She could not simply pick up her career where she left off and return to her pre-children career trajectory.

The IFS report said there were a number of reasons why returning to work part time will impact on pay and career progression: including less training provision, missing out on informal interactions and networking opportunities, and genuine constraints placed upon the build-up of skill by working fewer hours. The long term financial consequences of this decision is often only borne by one party to a marriage.

Taking it a Step Further – Compensation

The House of Lords considered the impact of marital decisions on earning capacity in the decision of Miller/McFarlane where the concept of ‘compensation’ was devised in order to redress ‘any significant economic disparity arising from the way the parties conducted their marriage’. Put simply, if spouses decide that one parent will not return to work, then the extent to which that they are financially worse-off as a result, should be factored in to their settlement on divorce. If compensation is applicable it could be paid as income or as capital depending on the available resources.

Compensation is a tricky concept and since 2006 it has rarely been used by the court – in most cases there are insufficient resources available to meet both parties’ financial needs on divorce and so compensation is not relevant. It can also be difficult for parties to prove to the court where their career would have taken them had they made a different decision.  Recently, in the case of Waggott the Court of Appeal were clear that compensation is not about the financial advantage the earner has, but about the disadvantage the non-earner has suffered. Furthermore, if the award that the party received in order to meet their needs exceeded the amount that they would have in earned in any event, then they would not be entitled to more. Despite these fair constraints on the concept, it was an important step forward in acknowledging the long terms financial implications of a decision to give up a career to look after the family.

Baroness Deech has been campaigning for reform to the law on financial provision on divorce for years, and there is currently a Private Members Bill going through Parliament (the second reading is on 11 May). Her proposal is that maintenance should not continue beyond 5 years. (unless the party would otherwise suffer serious financial hardship as a result.)  It seems to me that this overlooks the issues set out above – returning to work after children is not the right decision for everyone but staying out of employment only has financial implications for the parent who stays at home. Even returning to work (especially if it is part time) does not solve the pay gap problem that results. A prescriptive solution whilst appearing more modern and in line with societal changes in fact removes the all-important discretion that has allowed our courts to move with the times and find fair solutions.

Suzanne Todd is head of family law at Withers Worldwide

Can I work During My Maternity Leave?

Are you a #bossb*tch or just intimidating without realising it?