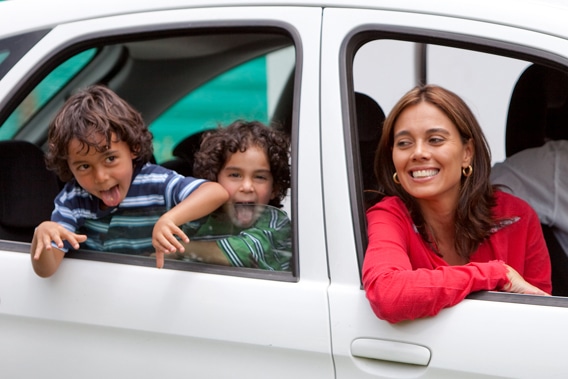 Owning a car has become an important aspect of modern day life. They provide the freedom to go where you like, whenever you like, and also play a vital role in getting people from a to b, whether it be to and from work or perhaps to a doctor’s appointment

For these reasons and many more, affordable car finance has become a popular way to buy a car without a single lump payment. The way to do this has vastly changed over the years and it’s now more accessible than ever before.

Affordable car finance isn’t something that only affects individual people. For businesses it can be an affordable option, especially when it comes to the running of multiple vehicles.

Car finance first became an option due to cars being too expensive for a person to afford without borrowing money from a third party. William Durant was the first to introduce this shortly after automobiles were made available for the first time to the public. Durant could see that the demand for cars would be a necessity instead of a luxury, as owning a car was first perceived to be.

Because of this, Durant sourced cars that catered to a multitude of budgets, allowing him to sell to people that had completely different financial backgrounds. He eventually created General Motors, the first company to offer car finance on the vehicles it produced.

The first car dealers originally had to pay fully for any cars they stocked from a manufacturer. This could become problematic, especially if they were stuck with a vehicle that wouldn’t sell. Being able to take advantage of affordable car finance meant vehicles were more accessible to dealers, allowing them to cater for a variety of customers.

Originally you were only able to take out a loan, but in modern times there are a number of car finance options providing a more flexible service. A few choices are listed below:

The original way of financing a car, and still one of the most popular today, is taking out a personal loan. Borrowing money from a building society, bank or other lender can allow a person to gain full ownership of a car instantly. This can be especially useful if your children are starting school soon and you don’t have a suitable form of transport.

A personal loan is the best choice if:

Although a bank loan is the simplest way to gain ownership of a car, hire purchase is also an easy option. Under a hire purchase agreement you need to pay a deposit as well as fixed monthly payments. Your car is owned by the company until you’ve made the final payment.

Until you reach this point, whoever is making the payments doesn’t have a legal right to sell the car. If you end up being sold a car that has a hire purchase that hasn’t been paid off, you don’t have to worry. The finance company is able to take action against the person who sold you, so you are covered if this occurs.

As part of a hire purchase agreement, credit is secured against the vehicle. Similar to dealer finance, the car can only be seized if a payment is defaulted. In the case you need to sell your car before the agreement has finished, you will need to pay an outstanding debt first. There may be early settlement fees as well.

Hire purchase is the best choice if:

Personal contract purchase is very similar to hire purchase, as there’s a deposit that needs paying, monthly payments and a fixed interest rate. The difference is what happens at the end of the agreement.

You have three choices:

Returning the car doesn’t cost anything, unless you go over the condition limits or agreed mileage. If you keep the car then you have to make a balloon payment which is set at the cars future value. This value is made at the beginning of the agreement, so you’ll always know how much it will be.

The word ‘hire’ in personal contract hire essentially explains what it’s all about. You rent a car for a certain amount of time (normally around two to three years), and agree to a set amount of miles. You aren’t able to purchase the car once the agreement has finished. Instead, you return the vehicle.

Payments you make simply cover the car’s eventual depreciation. During personal contract hire, the upkeep of a car is up to the user but the deposit and monthly payments are normally low, giving you the money to cover any maintenance.

With so many different affordable car finance options, there has never been a better time to integrate a car into your life  There’s an agreement for everyone, so if you’ve ever been interested in owning a vehicle, now is the time to look into it.

This blog was written by Jake Hall – on behalf of www.leasecar.co.uk, your first choice for quality car leasing.