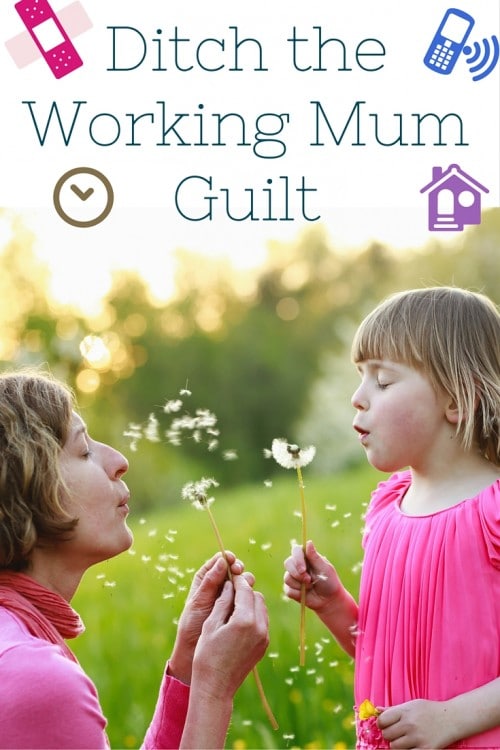 Convention has it that women cannot have it all, but a report has provided evidence that they can have happy, healthy children and a full-time job after all. So if you’re battling the guilt of going back to work and think it will damage your children in some way, you can rest assured that your child will be just fine.

According to a current study by Dr. Mendolia, a professor at Australia’s University of Wollongong, maternal working hours have no effect on teenagers’ propensity to smoke, have low self-esteem, feel dissatisfied with life or leave school by the age of 16.

In fact, children of women who work more than 35 hours a week are more likely to pursue higher education, the survey found.

While not the first to come out with research that supports working mums, Dr. Mendolia is one of the few to analyse the effect of working mums on teenagers. She studied a sample of all children who lived with mothers who were in paid employment. Although Dr. Mendolia made a decision to exclude self-employed women in the official study (because they tend to have more flexible working schedules) Dr. Mendolia ran sensitive evaluations that produced results similar to the primary model.

The study showed that children from advantaged socioeconomic backgrounds run a higher risk of lower life satisfaction or self-esteem, if their mothers have jobs.

Studies such as this are especially essential for single-parent households, where the parent mostly has less of a choice about whether to work or not. Single parents are usually women, who account for 92 percent of sole parents in Great Britain, in accordance with the Office of National Statistics.

In her report, Dr. Mendolia stated several potential reasons why these findings, which sabotage the commonly held assumptions about working mothers, aren’t or shouldn’t be that surprising:

A recent study found that mothers spend four times the maximum amount of quality time with their children now as they did as far back as 1974. Additionally, there is nothing to say that working mums are less capable than stay-at-home mum to monitor and discipline their children. Dr. Mendolia pointed out the positive effects a working mum will have on her children: a woman who is a powerful role model for her children and also values independence could cancel any negative effects of her absence.

Not only is it getting increasingly normal for mothers to keep their occupations, but the rate of female breadwinners in households has doubled within the past 15 years.

The idea of an absent working mum is not more of a stress than it was previously about half of a century ago, due to increased childcare availability and improvements, in addition to shifting cultural attitudes towards career women. Women, today account for more of the overall UK employment rate than they have in previous decades. As Dr. Mendolia highlights, despite disproportionate attention provided to working mums, “motherly presence is just one facet” of family lifestyle.

Eeek! half term is here again! How to work at home with the kids during school holidays

Podcast – How to Teach Children About Racism With Paula Rhone-Adrien

The truth: How working for myself made me a better mother